The Provincial Towing Association (PTAO) has seen many changes over the years, but few as impactful as what we have seen in the last eight months.

With the retirement of our executive director, Doug Nelson, and staff, the closing of the Bracebridge office, and the resignation of president Joey Gagne (after 14 years serving in that position), things might seem a little uncertain, but the PTAO wishes to assure members that the progress of the association will continue.

Under the great leadership of Joey, working alongside Doug and the board of directors, the association saw its share of challenges over the years, but the PTAO continued to grow and build relationships like never before.

“The future is bright, with many doors to be opened.”

Great leaders always prepare for the future and that is what Doug and Joey have done for the PTAO. They worked with board members and outside agencies to ensure that the structure that has been built, and the relationships that have been molded, will continue to grow and prosper.
The 2018 Annual General Meeting, held in Toronto at the Hilton Garden Inn on November 9, provided members with direct insight into the future of the PTAO. The future is bright, with many doors to be opened.

As a result of the president’s resignation, there were four positions on the board to be filled. Incumbent Sal Fidele let his name stand for another term. New arrivals to the board are Dennis Roberts, J.P Cruz and Barry Money. The new president is Mark Graves, vice-president is Derek Didone, and
secretary-treasurer is Tammy Vandenheuvel.

Mark and Joanne Graves founded Pine Ridge Services in 1998 and now have offices in Thessalon and Sault Ste. Marie. Mark has been involved with the Ontario Recovery Group and the PTAO for more than 15 years with a seat on the boards of both organizations. Pine Ridge Services provides light, medium and heavy towing, floating services, traffic control first response, and environmental remediation. With a team of trained personnel, and the equipment to support them, Pine Ridge Services works to ensure their customers are always taken care of. Mark was presented with the Towman of the Year award in 2017.

Derek Didone is a second-generation owner of County Towing Inc. in Harrow, Ontario. County Towing was founded in 1978 by Derek Didone Sr. and Debbie Didone. Over the past 40 years the company has grown significantly. Recently, County Towing purchased Coxon’s Towing in Windsor, Ontario, making them even stronger. Derek has spent his whole
life in the family business and continues to educate himself in all aspects of the industry. He started as a dispatcher at the age of 14 before working his way up through the ranks. Derek married his wife Kirby in 2008 and now
has an eight year-old son. In 2014, Derek received the Towman of Recognition award for his contributions to the towing industry.
The same year he was elected to the board of directors of the PTAO. This past year he was elected vice-president of the PTAO.

Tammy and Gary Vandenheuvel founded Preferred Towing in Sarnia, Ontario in 1991, with one light-duty wrecker. The company
has since grown to a fleet of 16 pieces of equipment including light-, medium-, heavy-duty wreckers, tractors, floats, rolloffs,
disposal bins, and small equipment. Tammy and Gary have been members of the ORG and the PTAO for many years, and Gary has served on the ORG board of directors. Tammy has worked with charitable boards and government agencies in her professional career as a child and youth worker and has an eclectic skillset to compliment the PTAO Board. Tammy and Gary have been featured on the Discovery Channel’s Heavy Rescue 401 series since its inception four years ago. Tammy is very committed to her community and, with Gary, purchased a building to serve as affordable, safe-housing units for homeless youth.

Andrew Vink, andrew@herbstowing.ca Herb’s Towing was founded in 1957 and is now run by a board of six directors with a mix of second and third generation family members. Andrew Vink, son of Herb Jr. Vink, oversees the daily towing operations as one of the directors. Choosing to train as a paramedic after high school in late 2000, Andrew Vink was faced with a difficult decision when talk of selling the Cornwall division was brought forward. Andrew decided to give towing another try, and with the support of his father, Andrew grew the towing operation to the size it is today, employing more than 15 employees, with a fleet of 20 vehicles and two locations. Herb’s Towing always maintains the highest safety standards and strives to become a “worldclass value-added service.” Andrew Vink is WreckMaster 8/9R certified. He is a proud member of the ORG and Quebec’s Towing Association (APDQ), and is a current board member of the PTAO.

Sal Fidele, sal@abctowing.ca Sal started towing in the city of Mississauga
in the late 1980s. He took a brief break in 1997 to explore other interests. In 2000, he established ABC Towing, servicing Oakville and Burlington. The company started out with light-duty towing and by 2003 this small family business evolved into light and heavy towing recovery and float service. For the last six years, Sal has served on the board of the PTAO, doing his part to represent its members.

Bryce Weber, bryce@acestowing.ca Bryce owns and operates Aces Towing with his family in Mildmay, Ontario, which was founded in 1999. They specialize in heavy towing and recovery, equipment transportation, and mobile homes/office trailers.

Dennis Roberts, drobertstcsc@gmail.com Dennis Roberts has been a licensed automotive and heavy truck technician for over 30 years. As owner of TransCan Service Ctr. Ltd., in Blind River, Ontario since 1990, Dennis and company offer towing and repair services to the Blind River area and Highway 17 corridor between Sault Ste. Marie and Sudbury. Dennis is level
6/7 WreckMaster certified, is a member of the PTAO, the Roadside Responders Association of Nova Scotia (RRA), a past member/supporter
of the Towing and Recovery Alliance of Canada (TRAC), a member of the Automotive Aftermarket Retailers of Ontario (AARO), and the Canadian Federation of Independent Business (CFIB).

Barry Money, barry@terrymarsh.ca Barry Money is the owner of Terry & Marsh’s Ltd in Barrie, a company that has serviced the Simcoe County area since 1974. He has been running the family business since 2003 and has been a proud member of the PTAO since 2005. Barry has held positions
in several local towing associations. He also previously served a two-year term on the board of directors for the PTAO.

J.P. Cruz, John Paul Cruz (JP) began his career in the towing and recovery industry in the early 1980s with one tow truck and JP at the helm. JP’s entrepreneurial spirit led him to focus on building strong relationships while providing exceptional service to his customers. JP Towing Service & Storage Ltd. has grown to become one of Ontario’s most recognized brands in the industry and is a proudly owned and operated family business. JP’s focus these days is on raising awareness of the need for formal training and professional standards within the towing and recovery industry. His goal is to unite towers across the province and the country to work together to improve the level of safe and reliable service provided to customers and the public. As a past vicepresident of the PTAO, JP is excited to be back on the board and is hopeful that the association will be instrumental in bringing a new level of safety and professionalism to towing and recovery in our province. The vacuum effect works in such a way that when you have a void, something or someone will step up to fill that void. It is very evident that there are many people in the towing industry willing to work hard and
volunteer many hours of their time to see this industry grow and prosper.

The PTAO has been working on new initiatives, including an employee handbook for company compliance, and an impoundtracking system to help companies with notifications about storage and lien requirements. Keep your eyes open for more changes, including a new interactive website to be launched early in 2019.

The PTAO would like to thank all members for their support in the past, the present, and moving forward

The PTAO would like to thank all members for their support in the past, the
present, and moving forward. We work for you. Please reach out to us with your questions and concerns. We want to hear what our members have to say. If you are not a member and want to get involved, or just stay up to date with industry initiatives, contact any director. We are in this together and want to help. 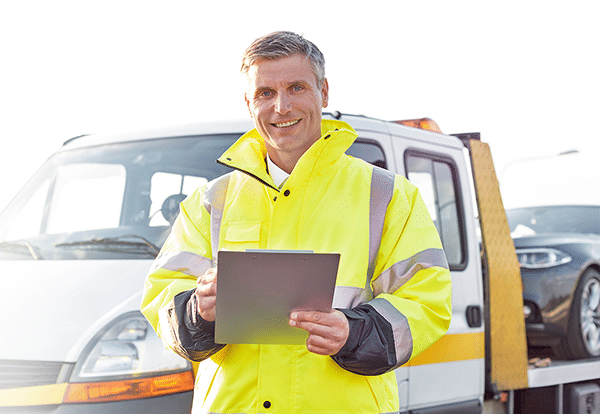 Working Together, Everyone Wins!

Join Now and get access to a lot of benefits